February is Black History month, a time to celebrate black culture, heritage, and history. Listening to black voices and visiting places that uplift Black history and stories can be a fantastic way to honor this month and its meaning. In honor of Black History month, we’ve compiled 12 fantastic places to visit any time of year to learn, connect, and appreciate Black history.

Frederick Douglass was a prominent writer, statesman, and abolitionist in US History. From the years 1877 to his death in 1895, he resided in Cedar Hill, which is now a museum dedicated to his life and achievements. Walk through Douglass’ life, from childhood to the beginnings of his social reform efforts. The house has been restored to its original 1895 appearances to allow visitors to travel back in time and see some of the house’s original decor and items. An educational and entertaining stop, this visit will give you a new appreciation for Fredrick Douglass and his contributions to Black history and freedom.

The Birmingham Civil Rights Institute strives to educate and enlighten all generations on the Civil Rights movement, its leaders, its history, and how we can work together to continue making progress. Explore a plethora of interactive exhibits, films, and talks from experts on the Civil Rights Movement. Be sure to see what events are going on when you visit, because there’s always something special planned for visitors.

Host of the birth of the blues, rock n roll, the civil rights movement, and one of America’s most iconic streets, Beale Street is always promised to be a good time for all. The music and entertainment pulse of downtown Memphis, Beale Street at the turn of the 20th century served as a haven for African Americans migrating from small towns. Beale Street was also home to many black-owned businesses, clubs, restaurants, and shops and was the headquarters of Ida B. Wells’ anti-segregationist newspaper Walk the street and stop into plenty of shops and museums for a real look at a part of modern Black culture. Be sure to check out King’s Palace Cafe and all the street performers that Beale Street has to offer.

Where did American Jazz come from, and who were the people who created it? Find out the answer to these questions and more at the American Jazz Museum, which celebrates the Black musicians who invented jazz music and influenced thousands of other musicians. See thousands of jazz memorabilia and artifacts, as well as live performances.

Home to the largest permanent exhibit on African-American culture, this museum is a fun and educational visit for all ages. Check out upcoming events and specials, such as free admission for kids on Thursdays, and theater performances of the Lion King. Exhibits include US Black history, African history, and modern black issues.

The National Underground Railroad Freedom Center offers extensive interactive educational exhibits, events such as lectures from experts, and information on how slavery persists in the world today. Explore the permanent and special exhibits as well as sit in for an educational short film in their film exhibit. Be sure to check their upcoming events calendar to see what new and exciting things they have planned before your visit.

Dedicated to tracing common roots to the African continent, this museum emphasizes the global influence of African culture and art. Celebrate and appreciate Black art as well as the artists who make it. Check their website for current and upcoming exhibitions.

This sculpture pays tribute to one of the most famous and influential leaders of the Civil Rights Movement. Read and reflect on the engraved quotes by Dr. Martin Luther King Jr. Then head to the Lincoln Memorial where he gave his iconic “I Have a Dream” speech.

Learn about the role of African Americans in the settlement and growth of the old west. Explore the museum’s collections and displays about Black Americans who were part of the gold rush, cattle ranching, medicine, and all things Colorado and the old west. Yes, not all cowboys were white, there was such a person as a Black cowboy. 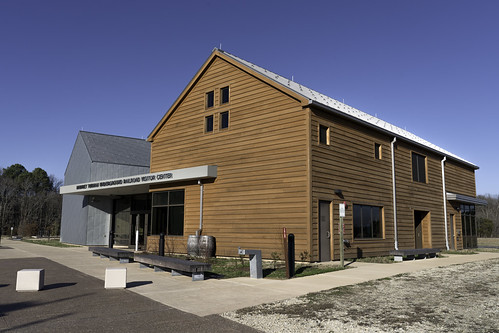 The National Museum of African American History and Culture is the only national Smithsonian museum devoted exclusively to the documentation of African American life, history, and culture. The museum has so many exhibits, interactive displays, and other fun things to explore that your family is sure to be entertained for hours. Exhibits cover centuries of African American history from slavery to civil rights, reconstruction to modern-day. The museum also features the lives of many different African American persons throughout history, allowing visitors to really dive into their stories.

Renowned agricultural scientist, educator, and humanitarian, George Washington Carver is a figure that all ages can look up to. In 1894, Carver became the first African American to earn a Bachelor of Science degree. Carver’s inventions changed the course of farming and agriculture for years to come, and his over 300 developed food products continue to be delicious today. More than just the ‘Peanut Man’, this monument educates visitors of the incredible life and times of this inspirational inventor.

There are so many places across the country to celebrate Black history and culture. Tell us in the comments about a place near you!