12 New York Beaches Full of Fun for Your Big Family

New York State boasts many miles of coastline and some of the world’s best beaches. From the sprawling Jones Beach in Nassau County to the quiet little Manhattan Beach in Brooklyn, New York beaches draw millions of sun worshipers, sandcastle builders, and body surfers every year. Here’s a list of the state’s most popular sandy spots for big families.

Brighton and Coney Island beaches sit next to each other with no formal boundaries. In total, the two offer about two-and-a-half miles of clean sand and relatively calm surf. A new boardwalk (rebuilt after Hurricane Sandy) also runs the entire length of the pair. Attractions like Luna Park – a small amusement area with over 50-rides – the classic Cyclone Roller Coaster, and Nathathan’s Famous Hot Dogs bring a year-round stream of tourists and locals alike. MCU Park – the baseball home to the Met’s minor league “A” class affiliate, the Ford Amphitheater, and the New York Aquarium (the country’s oldest continually operating aquarium) also add to the area’s newfound popularity. Parking can be a challenge, but four of New York City’s subway lines stop at the Coney Island station. 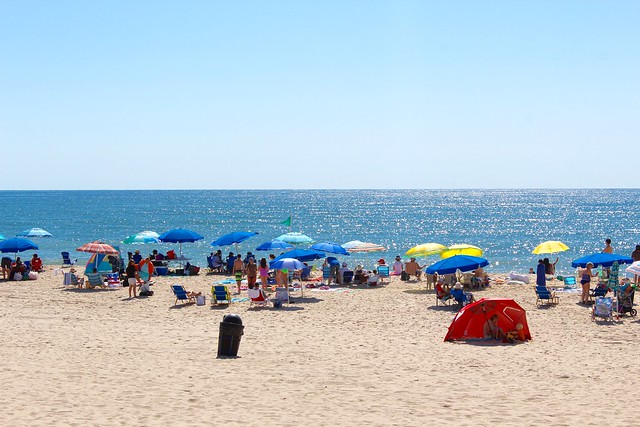 In Southampton, Coopers Beach frequently pops up on various lists as one of the top ten beaches in the country. The beach features gorgeous white sand, big waves, and a backdrop of historic mansions. Amenities include a food concession, chair, and umbrella rentals, and a bathhouse. A $50 per day parking fee during the summer season keeps the crowds to a minimum, as well.

Run by the National Park Service as part of the Gateway National Recreation Area, Riis Park comes in second only to Jones Beach for size and available amenities. The beach itself boasts beautiful white sand, a powerful surf, and plenty of room to stretch out or toss a frisbee. The park’s main pavilion recently added various interesting food vendors and live music on the weekends. The Park Service also operates a par-3 golf course as part of the complex. Access by public transportation can be difficult, but Riis Park does have a huge parking lot.

Just a half-mile east of Brighton Beach, the small, crescent-shaped Manhattan Beach offers a more laid-back vibe than its neighbors. Protected by the Rockaway Peninsula, it rarely sees any waves other than those made by an occasional boat passing by. Manhattan Beach is perfect for giving the little ones swimming lessons, catching a few rays, or relaxing with a good book. Amenities include a snack bar, cement boardwalk, picnic tables, a paid parking lot, and several handball and basketball courts. 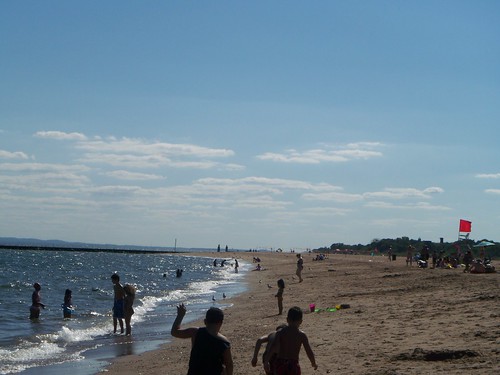 Along with gorgeous sand and calm surf, Staten Island’s Midland Beach Park offers incredible views of New York Harbor. Beachgoers get to watch as a seemingly endless stream of ocean-going cargo ships pass under the majestic Verrazano Bridge. An eight-foot-tall sculpture with a sea turtle on top doubles as a kiddie-sprinkler on hot days. The beach also features a boardwalk, a large playground, and modern restrooms. 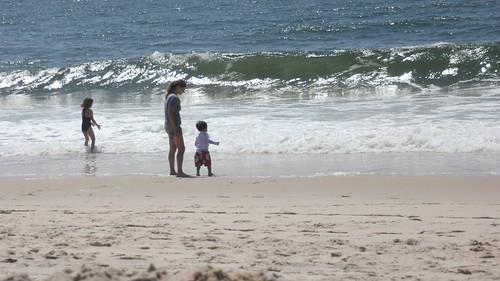 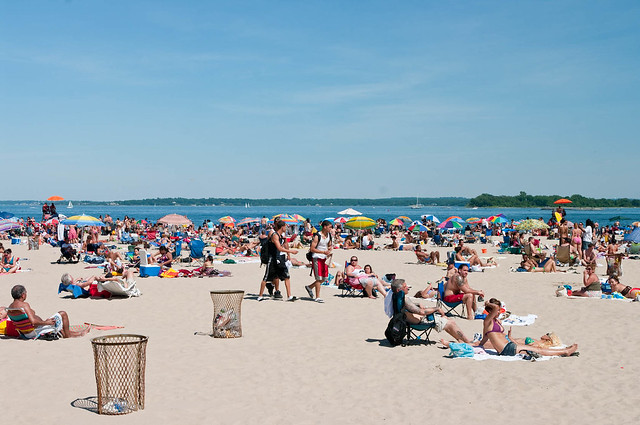 Tucked away just north of City Island in New York City, the pint-sized Orchard Beach offers Bronx residents a chance to cool off and soak up some sun on those hot, humid New York summer days. The half-moon-shaped beach runs just over one mile in total. Visitors enjoy calm waters due to Its location facing Long Island Sound. Nearby City Island boasts some of the area’s best seafood restaurants. 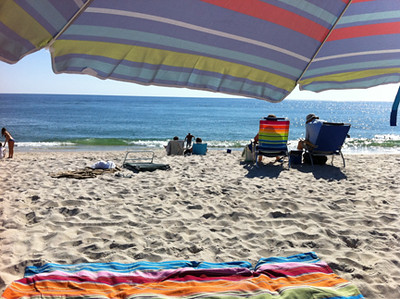 Part of the town of Long Island’s Hampton Bays, Ponquogue Beach, rarely gets too crowded thanks to pricey parking fees for non-residents. The beach has a snack bar, chair and umbrella rentals, and clean bathrooms with showers. Big waves and quiet stretches of sand attract surfers, as well. 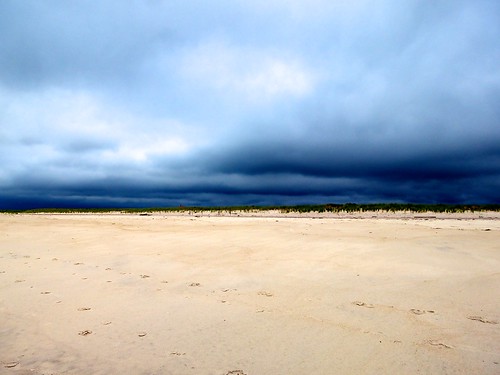 Just a short walk east along the shoreline (or along the boardwalk) from Jacob Riis Park, Rockaway Beach offers the same sand and surf experience but far fewer crowds. Backed up to a residential neighborhood, this stretch of sand has limited parking and sees mostly local residents, especially on weekdays. 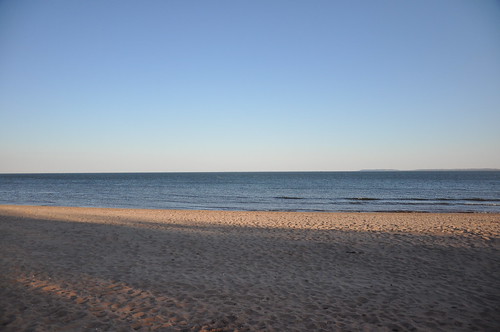 Calm waters, a large picnic area, and gorgeous views make Staten Island’s Wolfe’s Pond Park Beach popular with Staten Islanders. The beach itself weighs in on the small side at only a half-mile long and just fifty yards from the boardwalk to water in some spots. The surrounding park has barbecues, tennis courts, and plenty of parking. An impressive Battle of the Bulge Memorial sits at the entryway to the beach.