February is Black History month, a time to celebrate Black culture, heritage, and history. A part of Black History in the US is the Underground Railroad, a network of people who offered shelter, food, and aid to those escaping slavery during 1820-1860. At its height, almost 1000 enslaved people a year escaped to the North, West, the Caribbean, and Mexico from slave-holding states.

To this day, the railroad is a reminder of how people can come together to fight oppressive systems and help one another. In honor of that, we’ve gathered this list of 7 Museums to learn more about the Underground Railroad, its history, and its impact. Whether you visit in February during Black History Month, in September during International Underground Railroad Month, or another time of year; your kids will learn about brave men and women who escaped slavery and the heroic people that helped them.

Sharing the history of enslaved persons traveling on the Underground Railroad to freedom in North Carolina, this museum is a National Park Service Underground Railroad-Network to Freedom site. Learn about the history of Kalimbre (Fereby) Harrison, who helped people traveling the underground railroad to freedom, and had a unique gift known as ‘hearing’ giving her the ability to convey messages and information to aid in slave escapes.

The Slave Haven Underground Railroad Museum allows visitors to walk through a real antebellum home, which holds the secrets and concealed areas wherein fugitives would be hidden. Walk through over 200 years of history and experience the dangerous escape of those fleeing slavery. 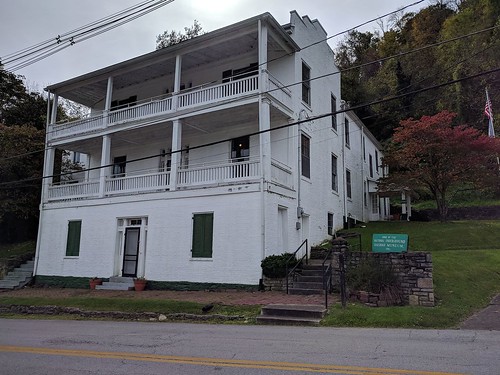 The Bierbower House was known as a safe house for those traveling on the underground railroad. Retrace the steps of those who hid in the house, and the lives of the owners who risked everything to help those in need. Be sure to check out the floorboards, where fugitives were frequently kept to conceal them from the law.

The North Star Underground Railroad Museum explores the journey of those traveling along the railroad through along the Upper Hudson River-Champlain and Canal-Lake Champlain corridor of northeast New York. Learn the story of John Thomas and his family, as they travel the railroad to freedom from Maryland. See how Quakers in the local area established safe houses and aid for fugitives.

The National Underground Railroad Freedom Center offers extensive interactive educational exhibits, events such as lectures from experts, and information on how slavery persists in the world today. Explore the permanent and special exhibits as well as sit in for an educational short film in their film exhibit. Be sure to check their upcoming events calendar to see what new and exciting things they have planned before your visit.

There are many Underground Railroad sites throughout the US. We encourage you to explore a site near you.