Grand Canyon’s North and South Rims, East and West Entrances – Which to Visit

Since its first discovery by the earliest of North American explorers, the Grand Canyon has captured the imagination and the breath of countless visitors for centuries. From hiking, rafting, horseback riding, and everything in-between, there’s plenty to see and be done near the Grand Canyon’s massive expanse.

What the park can offer your family trip, however, depends upon when and where you enter it from. The Grand Canyon has two main entrances, one to the north and one to the south, both with their own features, rulings, and offerings. You can also access the park through the West and East. Below, we’ll go into detail on what’s what at every entrance. 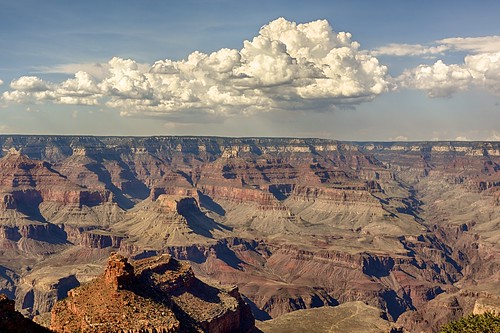 Located roughly five hours away from both Las Vegas and Phoenix, the South Rim is fairly easily accessible from most major western cities in the United States. Considered by many to be the “true Grand Canyon”, the South Rim offers views most often seen in magazines, on social media, and on television. 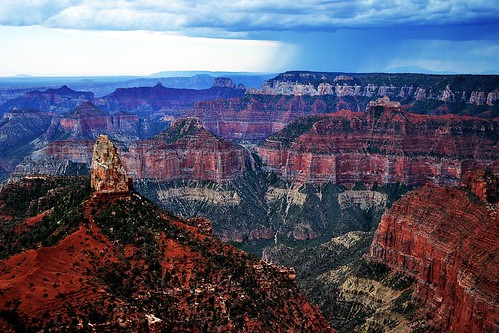 From the South Rim, your family can experience the Grand Canyon from almost two dozen viewpoints, many of which that you can peer all the way down into the heart of the Grand Canyon. The South Rim often makes the best locale for first-time visitors given its diversity among visitor services and family-oriented activities.

Such activities and lodging can be found nearby in the small town of Tusayan, roughly a 14-minute drive from the South Rim trail. (Big families will have to look to Williams, AZ for lodging.) From Tusayan, families can enjoy many tour types, ranging from Jeeps to rafting and even helicopter tours.

The South Rim is open to visitors year-round and has been hosting them since the 1850s. Travelers are heavily advised, of course, to book lodging as far in advance as possible. 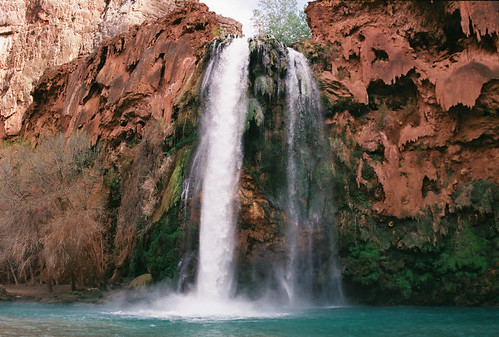 The closest means of accessing the park from the Las Vegas area is found at the West Entrance. Between its proximity to Las Vegas and The Glass Skywalk, the West Entrance has become the second most visited location within the Grand Canyon, with over 1 million annual visitors. Havasu Falls, named for the Havasupai Tribe, draws many visitors with its gorgeous five blue-green waterfalls, with options for hikers and horseback riders alike to experience. 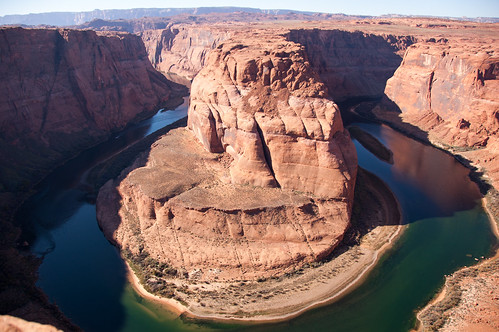 Grand Canyon East is home to many little-known secrets of the Grand Canyon. Having gained its popularity recently, Grand Canyon East has many defining features such as Horseshoe Bend, Lake Powell, and Antelope Canyon, to simply name a few.

Families can find adventure through whitewater rafting down the Colorado River via Lee’s Ferry, with trips ranging from six to 14 days; these trips include also include plenty of camping, hiking swimming, and more along the way. Those who wish to camp in the same place each night can find plenty of watersport fun with fishing, houseboats, jet skis, kayaks, and more.

To the north, the North Rim provides a somewhat different visual experience to travelers than that of around the South Rim. Typically receiving 1/10th of the annual visitors as the opposite end, the North Rim sits roughly 1,000 feet in elevation higher and is capable of supporting much more varied flora and fauna.

The main visitation area of the North Rim is actually much smaller than that of the South Rim. While the South Rim has close to two dozen major viewpoints, the North Rim has a mere three; these views, however, differ greatly from what can be seen to the south, as the views to the north are more so about the width of the canyon rather than its depth.

Primary activities to be found around the North Rim are hiking and ranger-led tours, with fewer guest services available in-park than to the south. The Grand Canyon Lodge provides the only lodging within the North Rim of the park, with outside lodging being rather far away on average. The North Rim has a rather short period of being open to the public, ranging from mid-May to mid-October due to snowfall.

All major entrances to the Grand Canyon provide their own unique experiences and memories to traveling families. Though the South Rim is likely where most younger families will feel inclined to go, the North Rim offers plenty for older, more outdoor-minded families to enjoy. Grand Canyon West offers perhaps the most accessible trip to the park, while Grand Canyon East offers more rugged adventures. All have rather a good amount of planning that needs to go into visiting, however, so do plan accordingly.

In addition to travel, Ryan enjoys watching baseball, reading about history, and studying conversational Japanese. His eventual travel goals include Rome, an ancient Shinto temple, and all 30 MLB stadiums.